This small body of twelve works consist of images painted on found, discarded pennies. These pictures pay homage to, not only, the binding ideologies that define our family, religious, social and political worlds- but also to the resonating mythological powers of traditional painting and miniature picture making- much like the Dutch oils on copper from the 17th century. Paid tribute no less on the face of discarded coins these iconic images transcend the coins value while, to some extent, defacing it.

"Abe's Millennium" is a portrait from a found thrift-store photograph (regrettably sold at a yard sale). The title comes from my knowing that we still have a long way to go. "Kisses and Ghosts" is from a portrait of my mother as a child standing next to a bird bath with her brother. I once read a report in which children were asked what they feared most. The two most popular answers were "kisses" and "ghosts". "Four Witches Stand" is a line in the Pledge of Allegiance. "The Unburning Bush" is a bush that never burned. "The Field of Sleeping Peasants" is waiting for Picasso. "Venus Dreams" is a dreaming Venus (give me wings for arms any day). "The Baptistery" honors the rain Gods for suburban birds. "Through carelessness..." is a random line chosen with my eyes closed from the Chinese book of chance, I-Ching. "A Pile of Burnt Wood" is just that, in the approaching evening light. "A Still Life" is too still... and so on.

Initially these coins were going to be spent- nestled with other coins in an exchange of goods. Or tossed back to the sidewalks from whence they came. Nice thoughts. However, these works remain hoarded as art rather than currency or discarded, valueless copper. 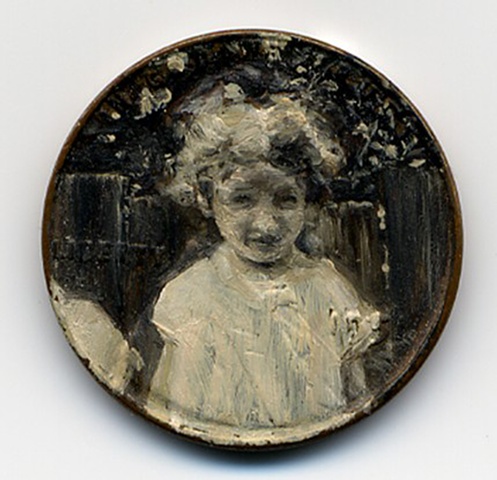 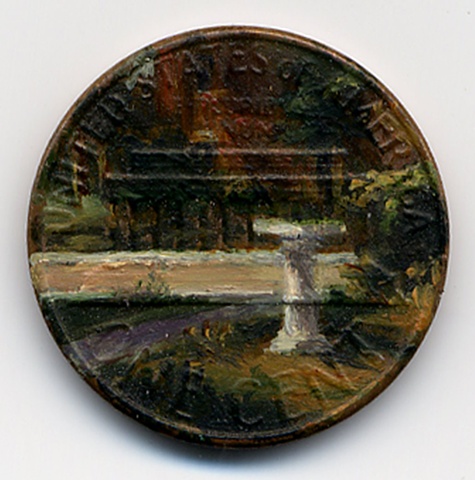 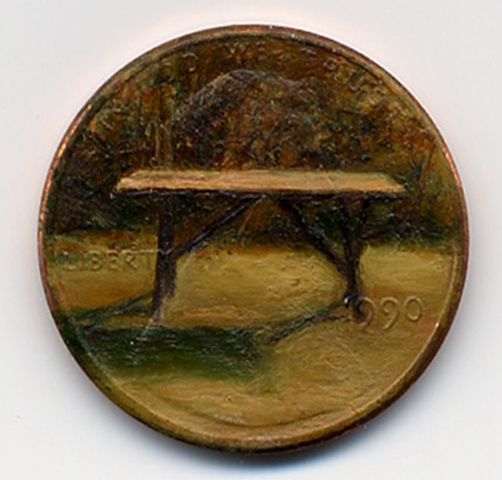 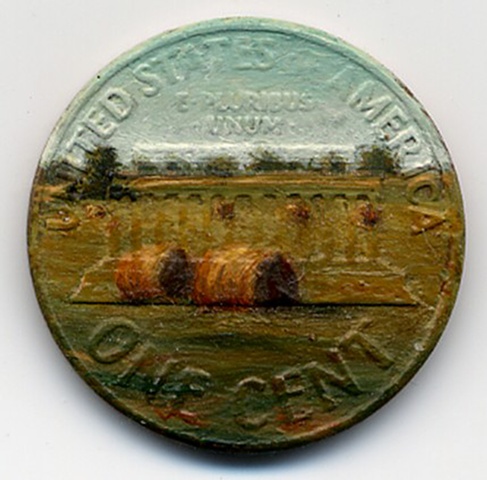 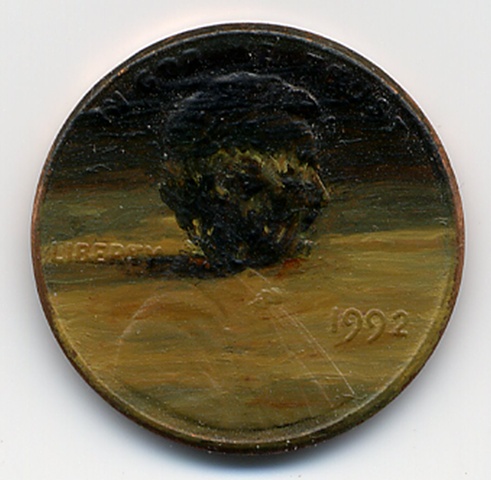 The Unburning Bush, 1992
oil on penny 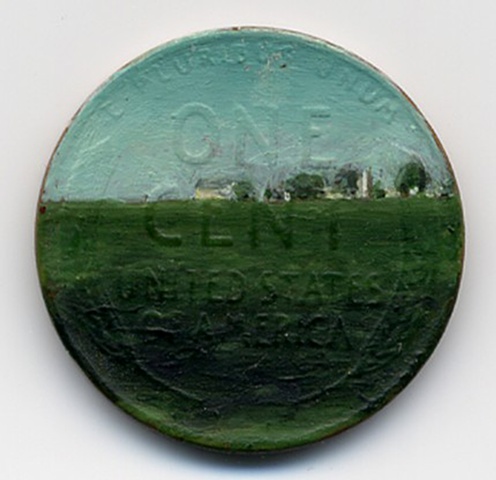 Through Carelessness He Loses His Cow, 1944
oil on penny 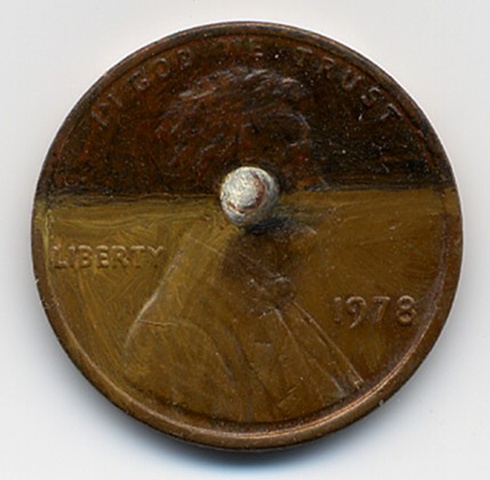 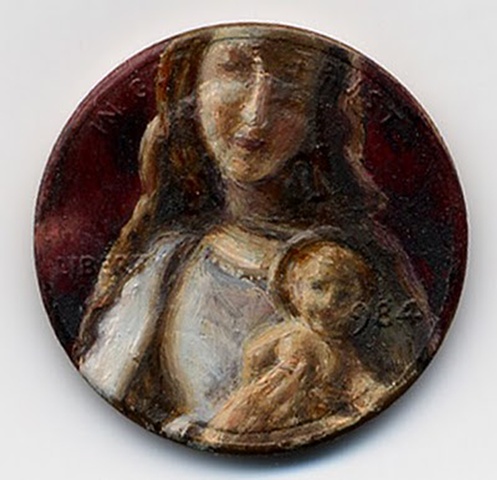 The Plastic Magician, 1984
oil on penny 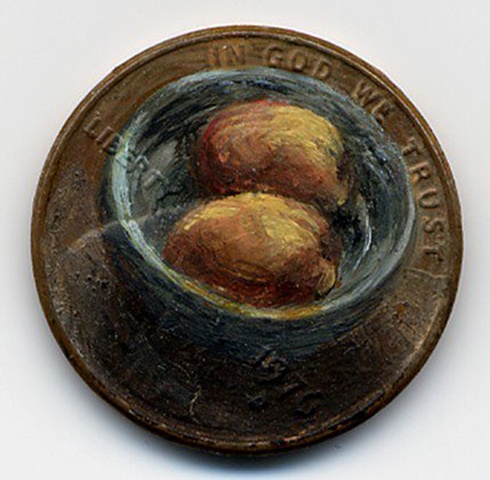 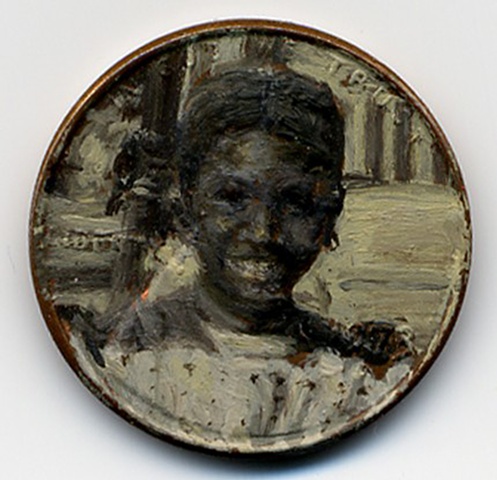 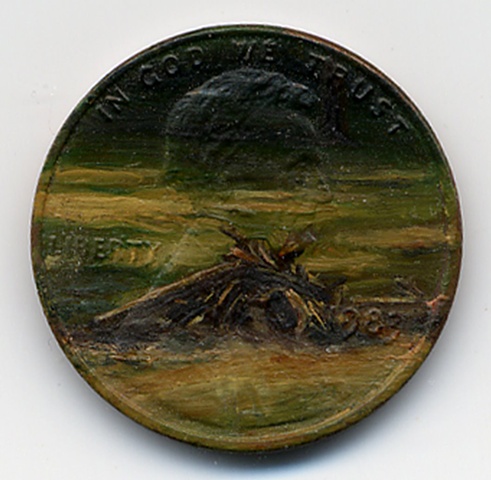 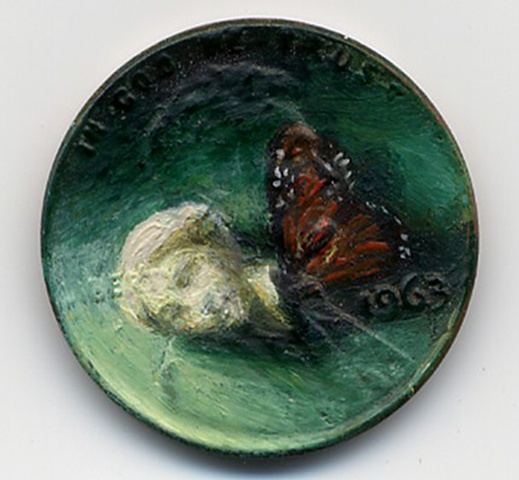 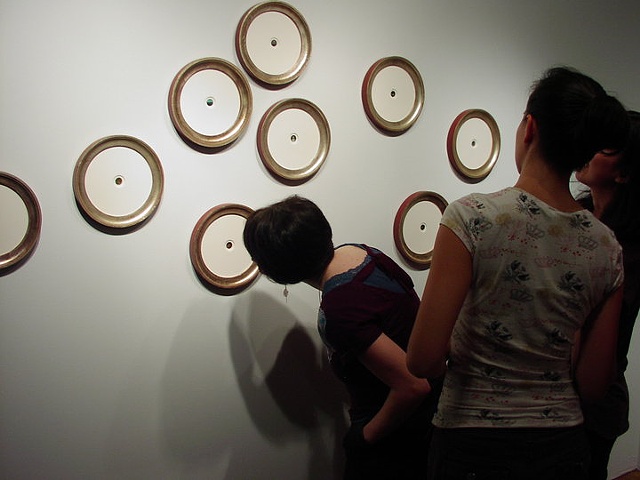